Stop at Galen’s Pro Mow, lot 8 Clay Co Fair for great deals on lawnmowers and trailers. Now thru Sunday Sept 16. Today the Clay County Fair is accepted not only as one of the largest county fairs in America, but has the added honor of being considered as one of the most rural-oriented fairs still in operation. The enlargement of the agribusiness/farm machinery display area to thirty-five acres made it the largest such display of any fair in the United States or Canada.  Altogether, there are more 2500 fairs operating in the US and Canada, and the Clay County Fair ranks in the top 100 in attendance annually. 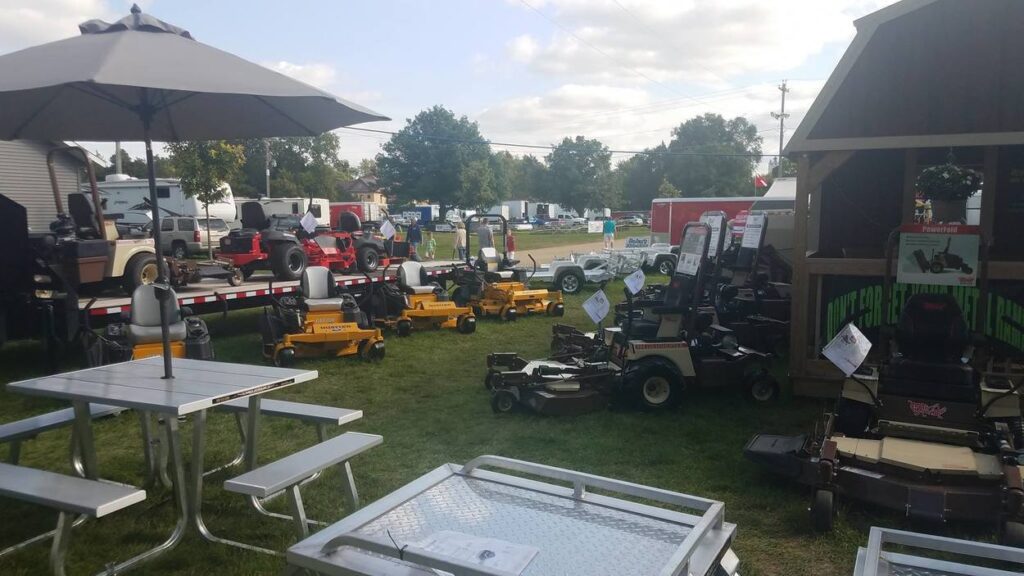 We're a family owned local business that provides great customer service and friendly advice, contact us for all your outdoor equipment needs.